We're pleased to announce the release of version 1.4 of the Skylight agent today. This release has a number of improvements and some exciting new features! Read on to learn more, or skip to the good stuff and update your Gemfile.

The most significant new feature in this release is instrumentation of Rack middleware. In the past, it's been somewhat common to see a big chunk of time spent in rack.request. This indicates time spent in Rack and middleware that takes place both before and after your main Rails action. Unfortunately, the way that this appeared in an event sequence sometimes made it hard to figure out exactly what you could do to make part of your request faster.

The 1.4 release adds instrumentation for your Rails middleware, which means that we now break down the middleware in your event sequence into individual sections, in an effort to give you more insight into which middleware are slow.

It's common to have quite a few middleware in a request. Any middleware that isn't taking up a significant portion of the overall time of a request is hidden by default. If you want to see every middleware, you can uncheck the "Condense Trace" checkbox. 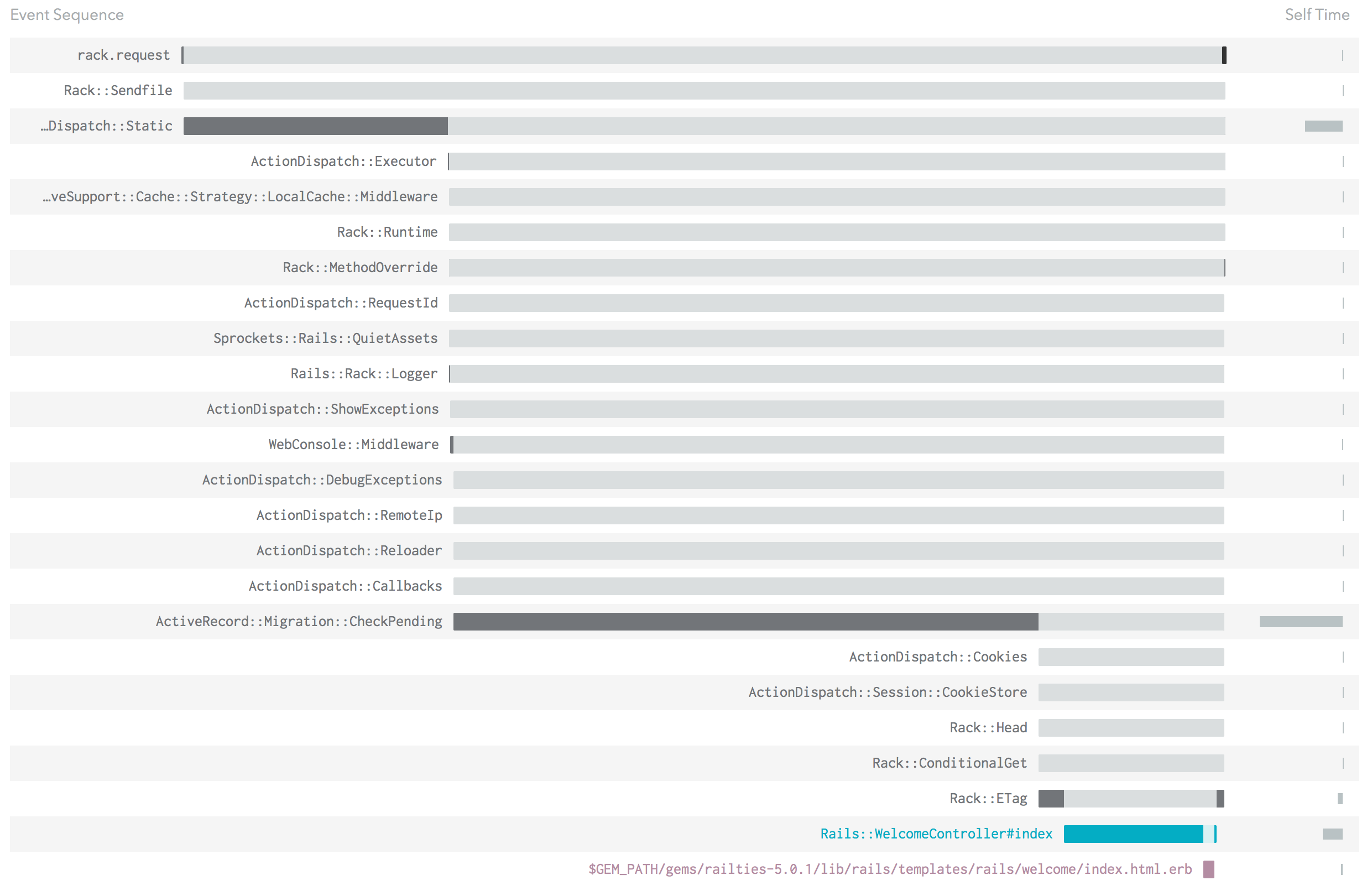 That's probably more than you usually want to see, but it's all there!

Until now, all requests that weren't handled by a Rails action were grouped together under the "Rack" endpoint name. This "Rack" endpoint, while not entirely useless, was sometimes confusing, especially since it could include requests handled by a number of different middleware.

NOTE: If you're currently ignoring heartbeat requests handled by a middleware, you'll need to update your settings to match the name of the middleware instead of just using "Rack".

Up until this release, we've only tracked the time that ActiveRecord spends in making database queries. However, in some cases, a significant amount of time may be spent in just instantiating the record instances themselves. In these cases, you'll see an item in the Event Sequence.

NOTE: The full benefits of this are only available in newer versions of Rails.

Haven't tried out Skylight yet? Sign up for your 30-day free trial! Or refer a friend and you both get $50 in credit.